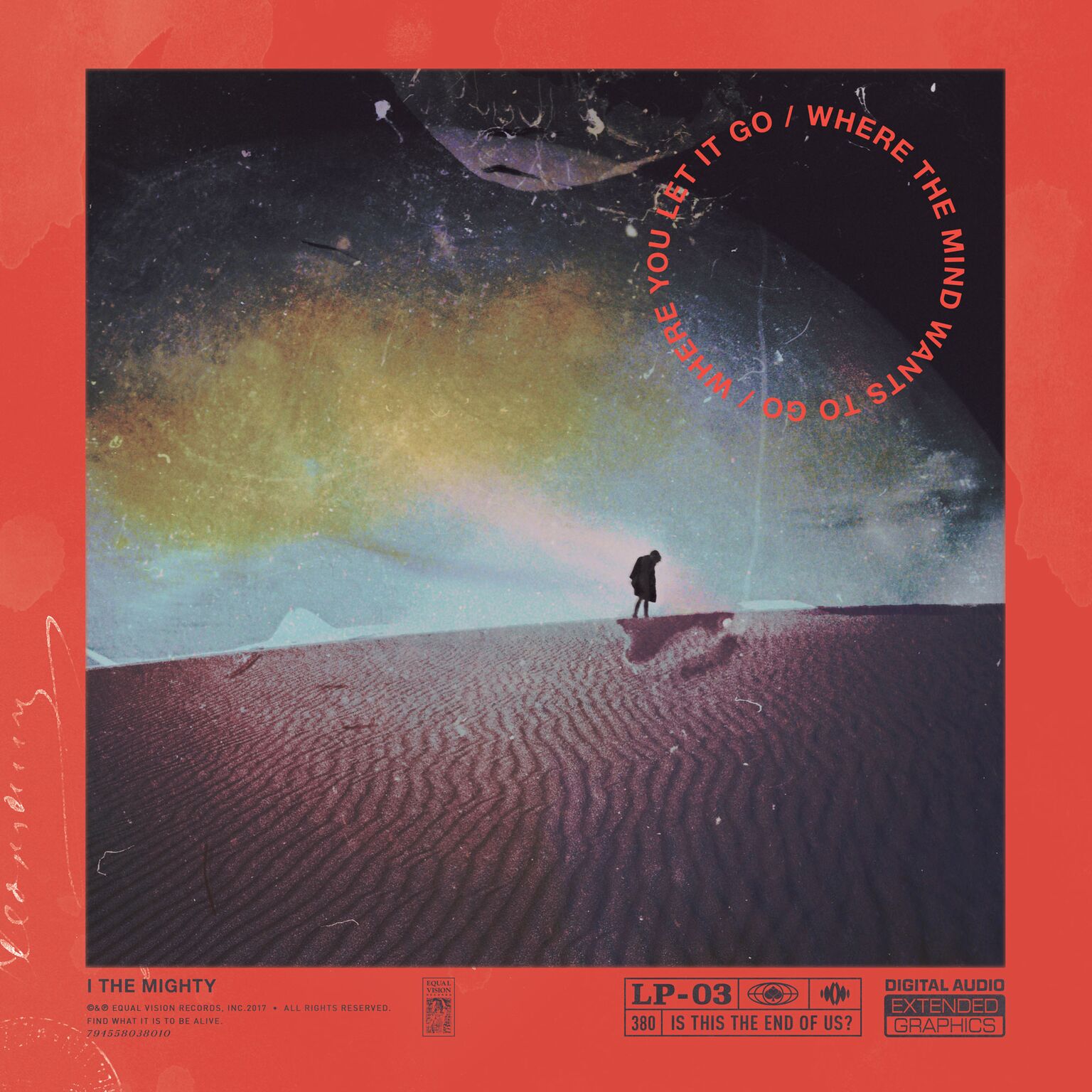 Fasten your seatbelt and get some thought snacks ready, because you’re in for a musical journey.

San Francisco’s poignant rock quartet I the Mighty has refined their high-octane instrumentation and storyteller lyricism to an even finer point. They’ve brought their most provocative and mature sound yet with their third full-length LP, Where the Mind Wants to Go/Where You Let it Go.

WYMWTG/WYLIG (LP3) takes the listener through a plethora of emotions, told by taking a look into Walsh’s own sentiments. The extra dash of vocalist Brent Walsh’s form of mystical philosophy adds whole new layer to the album.

The range of emotions and experiences in LP3 are a tiny totality.

Hints of adolescent recklessness reminiscent of The Neighbourhood dot the album with a vigor that makes the first listen fun. Then come the emotions. The pain of separation, the chagrin of self-fault, and the triumph of momentary self-actualization turn the fun into a wealth of emotional clarity that hooks the listener.

Not everything in LP3’s lyrics is pretty. But by risking invalidation by showing the dark thoughts of his mind’s journey, Walsh’s lyrics achieve towering levels of resonance.

By overcoming the ugly and placing it into music, I the Mighty imbues passionate purpose into every song. They dot luscious soundscapes with open invitations to explore. I the Mighty presents the conquered demons at the core of their songs to push out an “emotional vaccine” to a slew of heartfelt, relatable issues. The band has made it clear they’ve kept true to the sound they’ve grown in LP3. There are explosive, high-tempo joyrides with all the instrumental tenacity of Satori. The vibrant, ethereal production and occasional pop feel seen in Connector comes back in powerhouse form. LP3 takes the listener through new turf, through a mental journey that previous albums haven’t dared to reach.

Vocalist Brent Walsh has shown legendary talent that has earned him a spot among the best vocalists of modern Post and Progressive Rock. Walsh’s ability to connect a gorgeous tone to enthralling imagery and storyteller lyrics complete a show-stopping vocal centerpiece. One of the most powerful tools in Walsh’s arsenal to reach debilitating points of emotional clarity is his haunting falsetto. Walsh brings a masterful delicacy to sky-high tones in “Escapism” and “Symphony of Skin” to achieve an eye-rolling emotional payoff.

The deeper meanings of Where The Mind Wants to Go / Where You Let It Go demand an instrumentation with full-throttle participation.

Bassist Chris Hinckley brings an aggressive, balanced groove that nimbly pushes the beat forward to blistering heights of hype. Grooves in “Symphony of Skin”, “Silver Tongues”, and “Pet Names” come out swinging with a showcase of bass with low-end spice.

Guitarist Ian Pedigo’s chops flutter with lasting dulce in the “Degenerates”, “Sleepwalker”, and “Symphony of Skin”, and heat up on the turn of a dime. Classic guitar-growls in the intro to “Where the Mind Wants to Go” and a satisfying solo at the end of “Silver Tongues” are ear-to-ear grin guitar moments of the album.

Percussionist Blake Dahlinger toes a line between fervent drum licks and carefully-placed pulses. Some of the loudest moments of the album come from Dahlinger’s contrasting silences. The instrumentation of Where the Mind Wants to Go / Where You Let it Go changes its shape to make it’s mark from almost every angle.

One of my favorite songs on LP3 has to be “111 Winchester”, one of the album’s most picturesque narratives. It starts with an iconic groove and all the fun of a reckless weekend. From there, it takes a chilling twist into a horror plot worthy of a deep read. The intersection in the chorus between Pedino’s licks and Walsh’s vocals is harrowing, and one of the most memorable parts of LP3.

I the Mighty “Where the Mind Wants to Go”

I the Mighty’s groundbreaking third album ‘Where the Mind Wants to Go / Where You Let it Go’ available now on Equal Vision Records. CD/Vinyl/Merch: https://ithemighty.lnk.to/wherethemindID/merchnow Download/Stream: https://ithemighty.lnk.to/wherethemindID Lyrics: I’m just being honest. I need time to think. You said let’s take a week, so we can figure out what we should be.

For half a decade’s worth of albums, I the Mighty’s emphasis on bringing their albums to a poignant terminus has set an ambitious standard for albumcraft in rock. All I can say about the end song, “Where You Let it Go”, is that it goes to celestial lengths to build to universal heights and wrap the album up with a bow. It’ll make you stop and take a breath.

Without a doubt, I’d call this the most internally ambitious album I the Mighty’s ever made. Bringing bread crumbs that stay true to every aspect of the band’s development is no easy feat. Tying that in with the most daunting emotional challenge the band has tackled is even more challenging.

LP3 does a fantastic job of achieving this, but there are parts that I end up missing. I would have loved to hear a few more tenacious guitar parts in the album, and some songs hit a listener at different speeds. There’s a big difference in the payoff between “Silver Tongues” and “The Sound of Breathing”, but that’s not a fault to the album. Overall, it’s fantastic.

Walsh echoes a line at the start of the first track that sits heavy and satisfying. “Right now I feel like I’m right where I should be.” After spending a good while learning the curves of LP3, I’ve learned to resonate with the level of contentment with I the Mighty’s newest creation. If an album has been able to change the way I view life, it’s reached the threshold that defines a fantastic album. 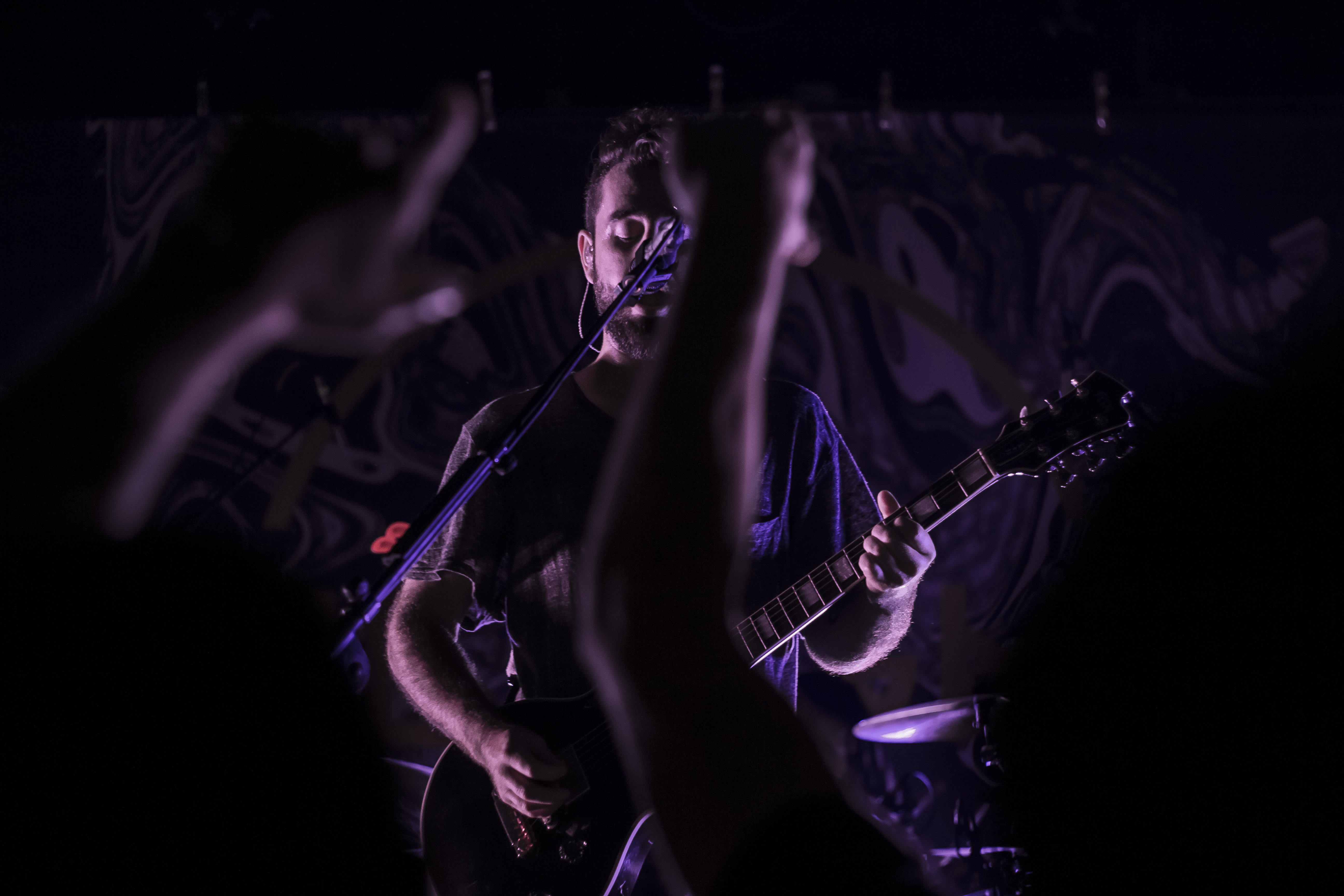 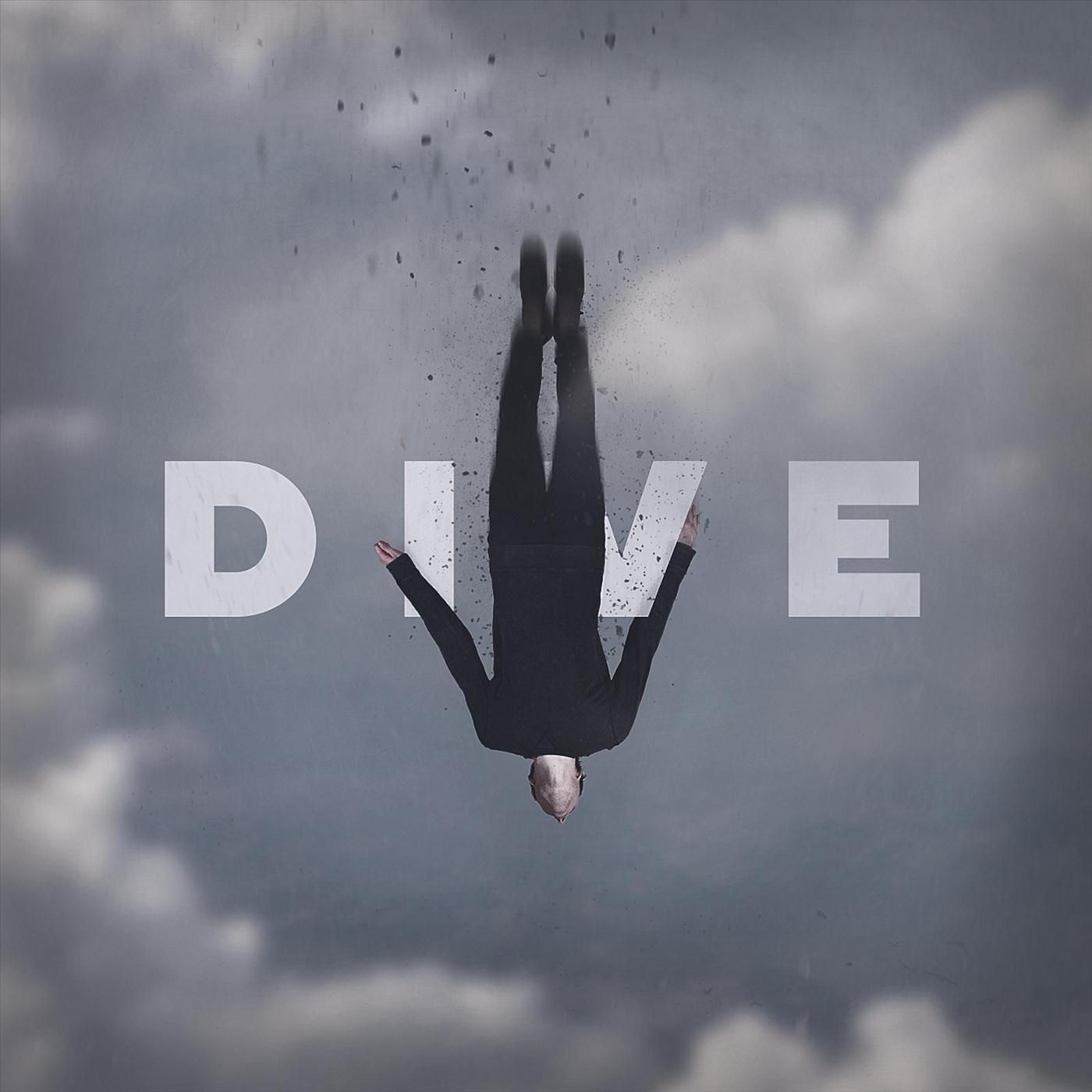 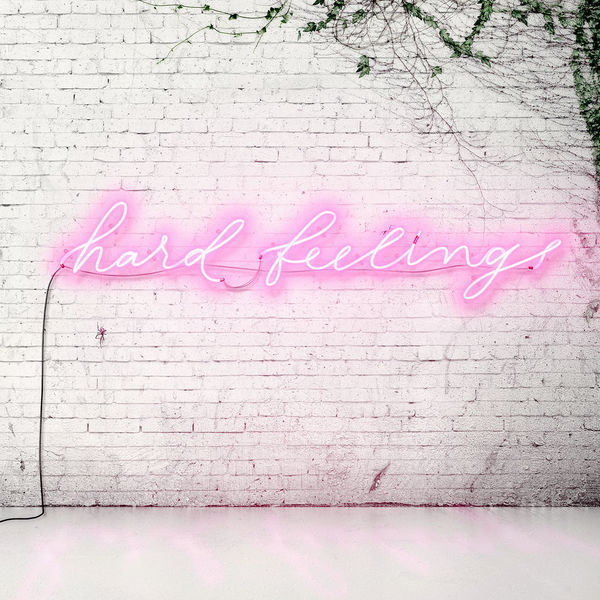 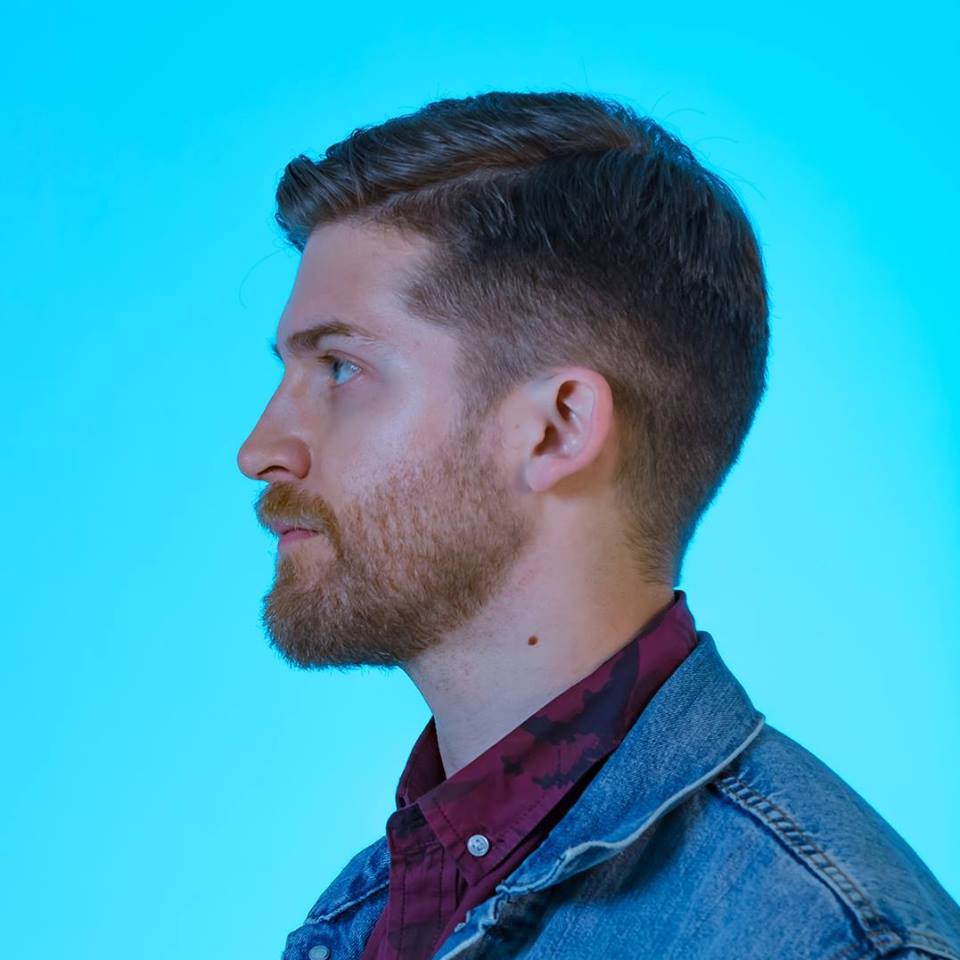