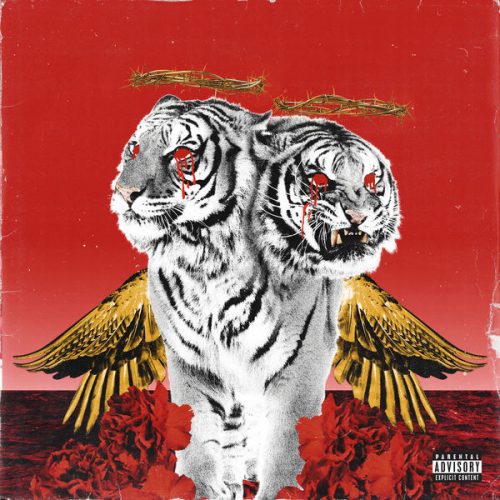 Polyphia is a monolithic force in the progressive music world right now and no one can argue it, not even themselves. Their ironic self elevating social media posts mirror their larger than life musical styles. You would be hard pressed to find a modern band/artist with this kind of technical ability, and if you did find them, they probably featured on New Levels New Devils. This time, Polyphia is back with their iconic use of unusual, wildly pleasing guitar tone, over the top writing, and fusion of different genres to bring us another taste of what they have to offer to the music world, and New Levels New Devils (NLND) is pretty dang tasty.

For those who know of Polyphia and their music, the amount of talent on display will not come as a surprise. Since their album Muse they’ve been destroying the progressive world with their absolutely mental shredding, fills and licks. From that time, Polyphia’s style has progressed greatly, and as a band they are now innovating in ways we haven’t really seen before. Beginning with their remix of the song “Light”, which they renamed “Lit”, they’ve been breaking new ground in tone and musical soundscape. NLND is a culmination of what Polyphia learned in crafting “The Most Hated”; trap beats, unique, bright and percussive synths, all over clear, distinctive guitar tone (clean and drive), snappy bass, and crazy fills.

Guitarist Tim Henson has stated before at a clinic that one of his favorite things to do is take a trap or hip hop song and just shred over it, and that many of their songs have been written this way. That’s never been more clear than on this new record. Where, in “The Most Hated” it seemed they were still figuring out exactly how they wanted to bridge the two styles, NLND exhibits a nearly perfect blend, so much so that it probably deserves it’s own genre. Constantly dropping catchy riffs and unique grooves, Polyphia makes sure this one is hard to put down.

While Polyphia is a full band, it’s fair to say that there is an extremely heavy focus on guitar when it comes to writing and composition. With Polyphia’s music being (almost) entirely instrumental up to this point, guitar typically covers the rhythm, lead, AND melody in their compositions. Of the seven features on this album, six are guitar features. The way Tim Henson and Scottie LePage write is best described as uniquely difficult, but pleasant (AKA it rips). Harmonics, slides, weird tremolo slap stuff and more is all commonplace in NLND, and it makes it all the more enjoyable. They have built a brand in the way they play guitar that is unlike anything else, but draws from a lot of other influences like blues, jazz and metal. By the way, the featured artists on this album are incredible, and there is not a SINGLE solo that disappoints. Props to Polyphia for having great friends in the industry.

New Levels New Devils is basically the gold standard for production. The music fills the full soundscape, crisp highs, tight mids, punchy lows. Again, it cannot be overstated how exceptional the guitar/bass tone is here. The drum mix leaves something to be desired, specifically in the tom department, but this is a nitpick, relatively inconsequential to the average listener, and ultimately subjective.

Due to the idiosyncratic nature of NLND, it’s hard to tell how it will perform outside of Polyphia’s core/intended fan base. The lack of vocals throughout (though “So Strange”, featuring up coming singer Cuco is very catchy, and is the track to watch) will be off-putting to most, and as great as guitar melodies are, they simply cannot replace a vocalist/lyrics. However, the use of modern trap/rap 808s/hi-hats and new age pop synths will draw in many outside the prog fan base.

A small criticism is that from song to song, the album does not exude any real connectedness. It is cohesive in musicality/tone only, and does not tell a story. New Levels New Devils is a collection of songs, not a journey. This is fine, but how it will affect the listening experience depends on the listener.

New Levels New Devils a great addition to Polyphia’s repertoire, and will definitely live on as one of their best, catchiest albums. 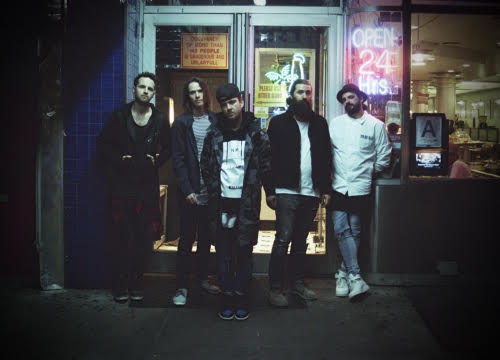