Summary
Mental Knife surpasses tremendous expectations overall. The constructed world is a wide-open space filled with moving targets. Whether its experimental or in a familiar cadence, Hail the Sun makes every mark they set out for. The lyrics are especially lush, evoking the same mosaic of sentiment Hail the Sun delivers- with a deeper sense of existentialism than ever. The instrumentation cranks with unprecedented tenacity and elegance. To wrap it all up? Mental Knife’s transformative function could save lives and open eyes.
Good
Bad
9.4
Amazing
Vocals - 10
Instrumentation - 10
Originality - 9
Longevity - 10
Flow - 9
Production - 8
Composition - 9
1
shares
FacebookTwitter

In the early throes of a misty morning, I started the religious process of unraveling Mental Knife, Hail the Sun’s sixth studio release. On the first second of the first song, everything hit me. Hail the Sun had woven together a shattering first hit that I was not prepared for.

I felt something ominous lurking in the self-titled single since I first listened to it. The dark refrain of “Mental Knife” felt like a sinister prelude to what was to come. Between the tracks and the timeline, two separate pieces came together to reveal the first glimpse of the whole. Fans new and old alike are in for a jaw-dropping treat the very moment this album begins.

The prelude harkens back to Wake’s “Rolling out the Red Carpet”, with the feel of a ghostly premonition. “Gouge & Uproot” pulls without announcing itself. Because of this spectral igniting moment, Mental Knife wrapped its fingers around me immediately. Its instant grip may be the fastest an album has ever “got” me.

Mental Knife moves between an arsenal of sweltering parts. Each piece of the puzzle fits together to perfect momentum and staggering contrast. Mental Knife plays where the listener is at. These high-octane blasts catch a buddy by their heartstrings, and allows them to resonate with the moment. Instead of getting comfortable, the moment primes them for the next blast like a delayed depth charge. There’s a chemistry in the songs of Mental Knife that doesn’t miss a beat and makes each transition particularly heady.

Mental Knife is many things.

Mental Knife acts as a self-administered surgery to the mind. It showcases a fiery dialogue between singer Donovan Melero and God. It cleanses the dark recesses of the mind and makes solemn attempts to make reparations.

Mental Knife is a hyper-coaster, sustaining a constant Mach-5 throttle while seamlessly swiveling around the moving pieces of its whirlwind fervor. Every transition is either a seamless connection or a jarring, polar contrast. Like their mind-blowing previous EP, Mental Knife knows where the listener is going next. Mental Knife’s hairpin turns, ornate textures, and unrestrained sentiment makes for some of the most bodacious musicality in Post’s recent history.

Mental Knife limit-breaks like Dance Gavin Dance’s Artificial Selection and continues to push forward into unexplored territory. It showcases some of the most complete and purposeful lyricism in the past four years of post-hardcore, creating a narrative that is both intensely personal and widely applicable.

The things that make Mental Knife contender for album of the year are quite seriously the tip of the iceberg. Beneath the inspired instrumentation and perfect pacing, there’s a secret function of the Mental Knife– Singer Donovan Melero goes through an unprecedented task to deliver his audience.

“Mental Knife” is from Hail The Sun’s new album Mental Knife, out now. Download/Stream at http://hts.lnk.to/mentalknife and find CD/Vinyl/Merch at http://hailthesun.merchnow.com On tour in the FALL!

Melero uses the Mental Knife to musically purge the latent darkness of his past, and leaves the Knife a changed human. The Mental Knife is an excruciating, transformative, and liberating concept- one part torture, one part cleansing, and one part surgery. Mental Knife becomes Melero’s liberation, destroying his embedded toxins one by one to stitch and build anew. The only other project I’ve seen tackle such a vulnerable excavation happens to also come from Hail the Sun’s roots- guitarist Shane Gann’s godsend of a project, Sufferer. Congratulations on the tour @Shane, I couldn’t be prouder of you.

In its purest form, Mental Knife becomes a toolbox for the listener to embark on the same journey Melero endures. If all goes well, perhaps the listener can enter that dream-like space to receive the epiphany Melero comes so close to reaching.

“A fire for weary hearts”

Mental Knife accomplishes the arcane task of releasing a particularly relevant song in perfect timeliness. In 2014, they released “Human Target Practice” days after the killing of Michael Brown in Ferguson. They’ve come back in 2018 to address a recently opened scar in American culture. This song is my favorite off the album by far, combining fervent instrumentation with heavyweight lyrics and a fury not seen since their 2012 Elephantitis EP.

“Arcane Justice” is from Hail The Sun’s new album Mental Knife, listen/buy at https://hts.lnk.to/mentalknife Follow: http://facebook.com/hailthesun http://twitter.com/hailthesun http://instagram.com/hailthesun Lyrics: To the predators at bay – I’ve got ways to make you pay Lessons taught by peeling skin, and I love it when you Beg for the time, I’m about to take Like your rogue entitlement Skin your sins away Karma comes to say Who will care anyway?

The song is “Arcane Justice”; an ethereal crusade targeted against the sexual predators of the world. Today’s scar, the Kavanaugh hearing, has reminded me how closely this country still shelters the power and entitlement of these predators. Synchronized again with the crises of the world, “Arcane Justice” is a fire for weary hearts. It answers the dreadful question of “how do we teach these monsters to empathize?” with delicious irony at the perfect time.

It’s the first time the Mental Knife points away from Donovan’s mind, becoming a vengeful instrument. The composition fits perfect moments of soul-stealing delicacy between the blasts of lyrical dragon-fire surrounding the song.

Inversely, we see moments of one of my favorite things to see in all of post-hardcore- a gentle masculine perspective. “Devotion Cuts” depicts a wholesome connection, Melero blissfully content with giving space to their significant other. “If you want, I can talk,” made my eyes go wide with surprised glee. Vocal overlaps float angelically over these lines and crystallize the stuff of fantasy- a love-drunk snapshot of an intimate connection backed by healthy habits.

Vocal Overlaps like this are a shining feature on Mental Knife, splitting Melero’s lyrics and melody to create an ever deeper, rounder sound to hold the moment.

Hail the Sun may have struck perfection with their last single, “Glass: Half Empty”. The lyrics are universal to the troubled heart, and the chorus could well be the anthem of 2018. Reaching deep into pockets reminiscent of My Chemical Romance, “Glass: Half Empty” makes an abode for the restless in their titanic choruses and battle-cry vulnerability.

Donovan Melero has spoiled me when it comes to drums. His ability to sing and drum at knockout levels was what first converted me in 2012, truly a centerpiece talent worth examining. He continues to spoil me, to greater extents than ever. Melero has perhaps the most influential presence in the scene when he’s behind a drum set, spearheading the constantly evolving narratives of Mental Knife. Melero has made the process of singing, drumming, belting- intuitive. The drums are an extension of the way he weighs his thoughts and feelings, and channels a fraction of his own explosive, duplicitous life force. The His work is both dynamic and truly imaginative. There’s so much substance to Melero’s noise, it’s worth special attention to note the moments where the percussion quiets down.

“A flurry of dancing guitars”

Aric Garcia and Shane Gann make Mental Knife a flurry of dancing guitars. On one of the darkest sounding albums, the guitars ceaselessly deliver harrowing licks. The soloes are frequent, tersely flourishing the musical headspace of two developed musicians. Remarkably, sporadic guitar slides throw Mental Knife into some of its coolest moments. The chorus guitars are phenomenal, sounding like shrieking ghosts and melding eerily close with Melero’s lines. The result is utterly spellbinding, and feels like hell’s Halloween. The rhythms and textures, gurgling wahs and sweet-spot buzzes constantly compel. Triplets, Three over sixteen notes, chugs, and one-of-a kind rhythms become a welcome standard for Mental Knife.

Bassist and full-time cat John Stirrat is the life of the party for Hail the Sun, and nimbly darts between rapid-fire textures in the diabolically versatile rhythm of Mental Knife. However, the moments where I felt Stirrat’s presence were scattered, and required many other layers to be stripped. It could be the inherently ethereal nature of the album leaving me especially hungry, but I want to hear more of what Stirrat’s got to offer.

Melero’s uncertain relationship with God has constantly been a topic of Hail the Sun’s discography- Mental Knife marks the astounding moment where his single-sided tirades become a dialogue.  The conversation with God is one of my favorite song archetypes of all time, and this may be my favorite installment of it yet. Melero accomplishes something truly transformative in these passages, which grow and complicate from the beginning second to the last notes. The crux moment of “Suffocating Syndrome” feels like all of the sorrow in heaven wrapped up into one singing, screaming  duet. It projects all the chagrin at the heart of his indecision, and utterly disarms me. The entirety of “On Existence” was a shattering curveball whose experience can’t be described.

Melero’s perspective changes across the album in jaw-dropping ways that I would have never expected as a long-time listener. The confidence which these changes are thrust towards the light show one of the most laudable human traits- a genuine desire to transform, and embrace discomfort for its sake. 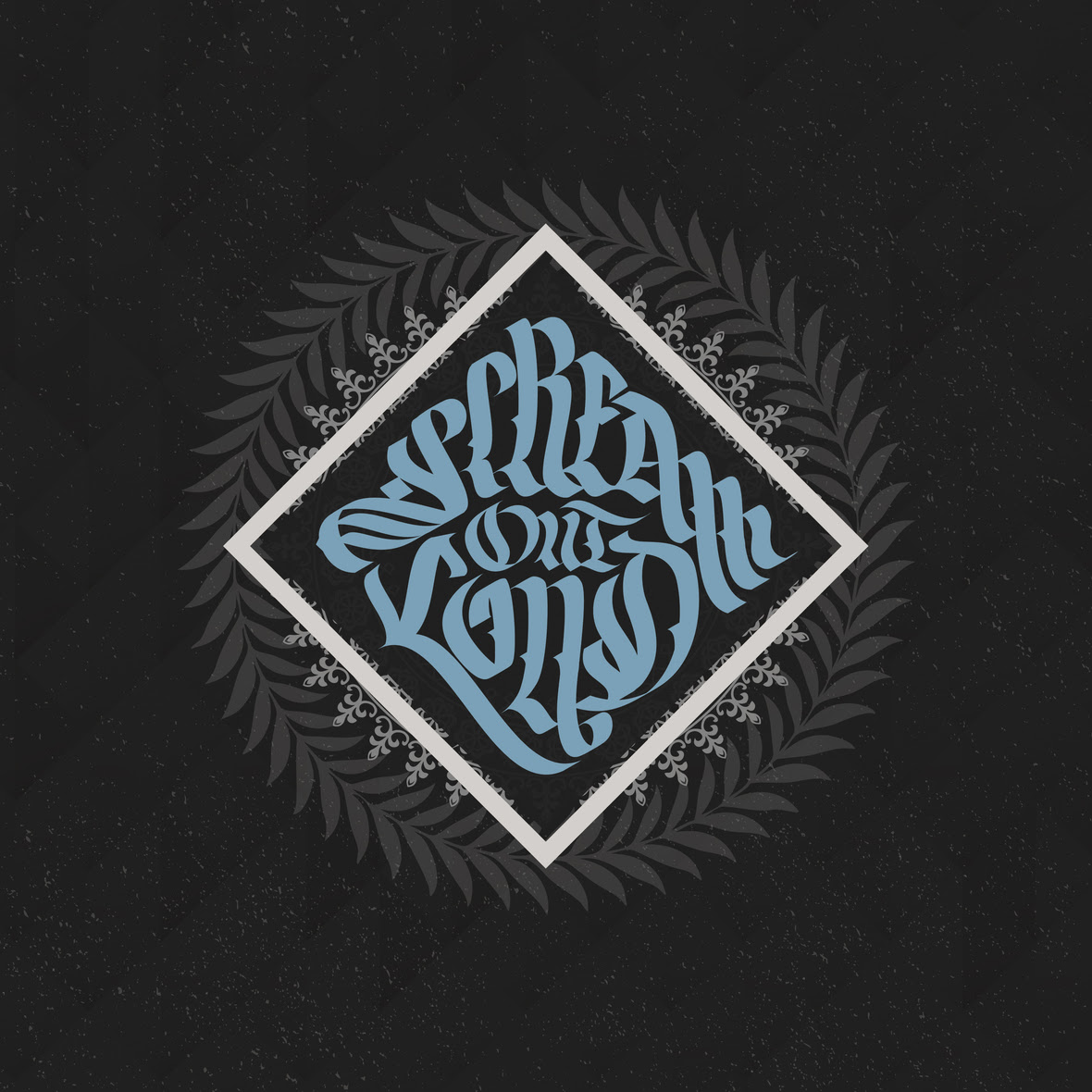 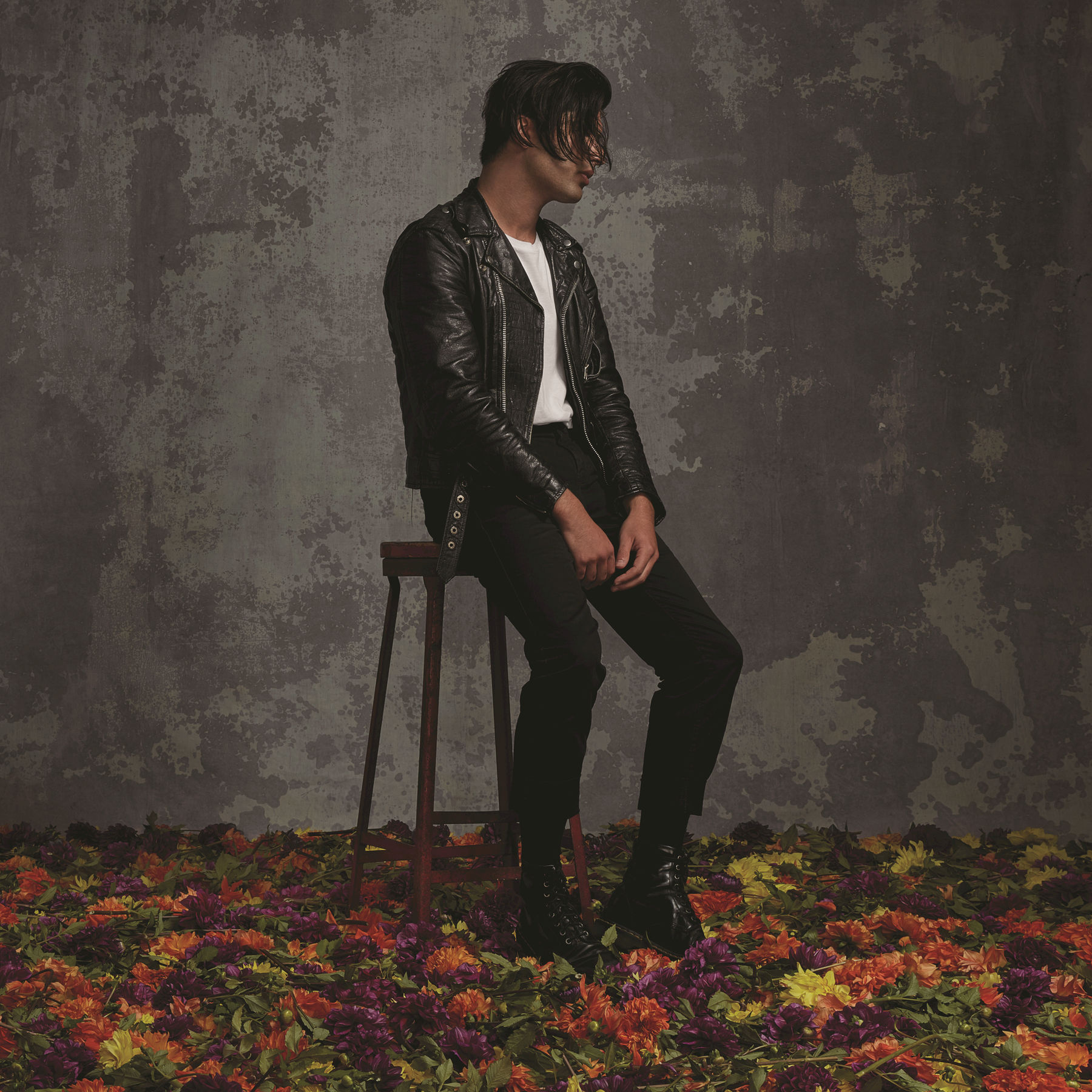 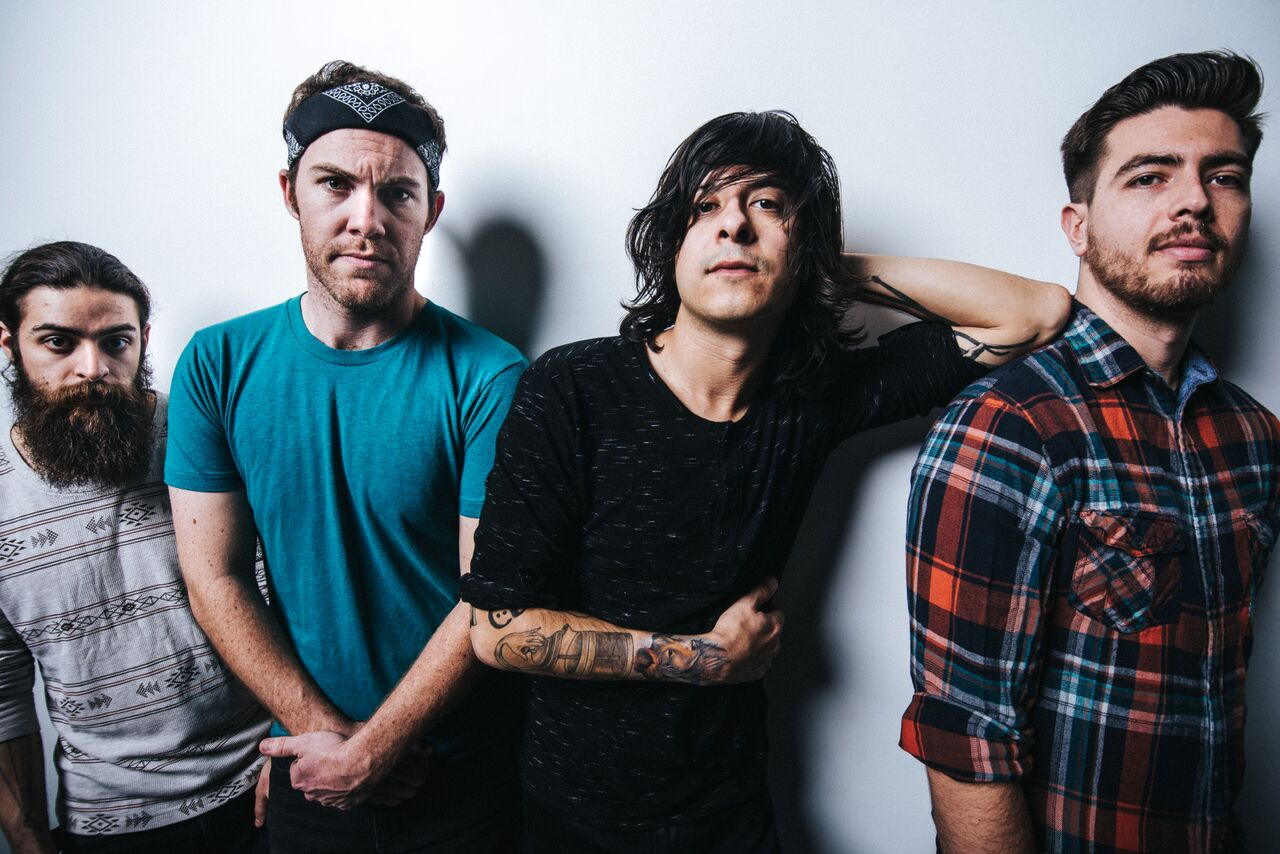 Hail The Sun Premiere New Single “The Stranger In Our Pictures”
August 24, 2018