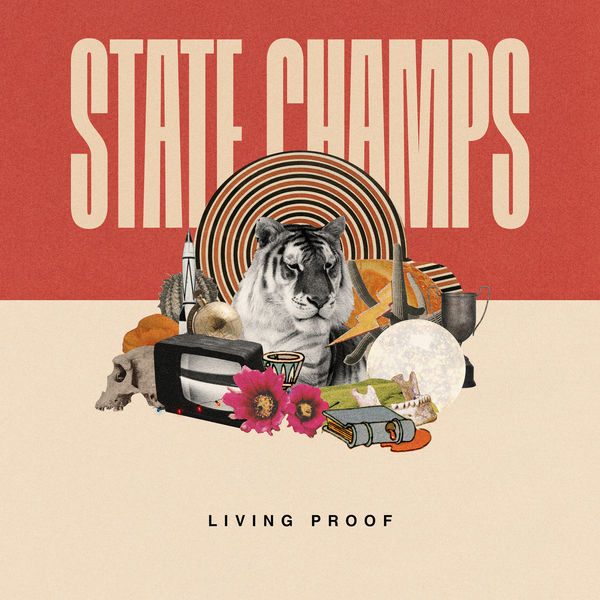 People are arrogant. No matter how much we try to deny it, we always assume we know better than the next one and that our preferences are what others should follow. In some cases, arrogance can be a good thing as it’s a way to get a point across to other arrogant, and even more stubborn people that they really should listen to you. In others, it’s a detriment and prevents us from seeing or embracing some of the better experiences and opportunities in life. This arrogance happens in many facets of life, no matter how small or big of deal it may seem. In fact, if you were to read through any social media forum comments, you would see it in spades — especially when it involves a musical act changing their tone or tune as an evolution in. To some, this comes across as a disgrace and ruins the sanctity of what made them special. Enter in Albany, New York pop punk powerhouses State Champs, who have gone  with a poppier direction with their new album, Living Proof that once again, shows off the arrogance of fans worldwide.

I’ve always been of the opinion the single most overlooked aspect of an album lies within its flow. This piece of the record is what makes it move, what helps drive the difference between “breath of fresh air” or “bag of stale chips”. Ensuring tracks are in the correct order makes an album not only have a higher level of enjoyment, but really helps give it that extra oomph in longevity. In this case, Living Proof solidly nails it as the songs are evenly paced and bounce from one catchy tune to another, never feeling out of place. This moves into the longevity portion as well, with Living Proof clocking in at a cool 42 minutes over a totality of 13 tracks. Throughout the 42 minutes of listening pleasure, the album constantly keeps you involved with foot tapping instrumentation and catchy choruses. Even still, towards the end of the record, you can feel some of the filler peak up and sonically, begin getting bored, leaving a lingering feeling that some of the filler should’ve been cut. On the originality side, State Champs definitely aren’t reinventing the pop punk genre by any means, but offer up a more refined sound that blends their two albums with a “poppier” side to the beloved fan “pizza” side of the genre.

State Champs have always been one for consistency in regards to their musicality, and Living Proof is no different. Derek DiScanio again delivers an incredibly solid, and at times captivating vocal performance — which is to be expected. This is noticeable right away with “Criminal”, as his voice comes crooning in slowly before erupting over a flurry of drums and roaring guitars, giving the record an immaculate opener. On lead single, “Dead and Gone”, the delivery of his vocals comes across in a more somber, grittier manner while “The Fix Up” strips the instrumentation back, showing off Derek’s real vocal chops. This brings us to the instrumentation found throughout Living Proof and in ways, it’s stereotypical pop punk while in others, it has an edge to it throughout its guitar tones not typically found in the genre. Take for example, “Frozen”, which incorporates many standard rock elements in its delivery while “Time Machine” slows things down, blending in a subtle guitar riff and a crystalline piano.

That brings us to the composition; the real meat and potatoes of the album. With Living Proof, it’s obvious that State Champs are in that transitional period of their bands career musically. What this means is that from a songwriting perspective, many of the tracks are tried and true State Champs tracks — songs that fit who they are and ones that are beloved by many of their fans. The flipside to that is there’s also differentiation; tracks that give a peak of the future instead of looking at the past and you don’t need to look further than “Dead and Gone”, “Time Machine” or “The Fix-Up” to soak it in. By adding in some of these new flavors, the excellent quality on the production side becomes that much more noticeable as well with a crisp sound that lets each instrument stand out, delivering harmonious notes to your inner eardrums.

With what feels like eternity for some since the release of their last album, Living Proof brings a very joyous moment to celebrate. State Champs have delivered an album that is more than worthy of belonging in their beloved discography and in my humble opinion, sits higher than their previous releases. This is where the arrogance of people comes into play however, as it’s got that slightly tweaked sound to a formula people fell in love with and with it, brings a sense of worry that the band is changing. The reality is though, life moves faster than many of wish and shit changes — whether or not it’s appreciated is up to us as individuals. 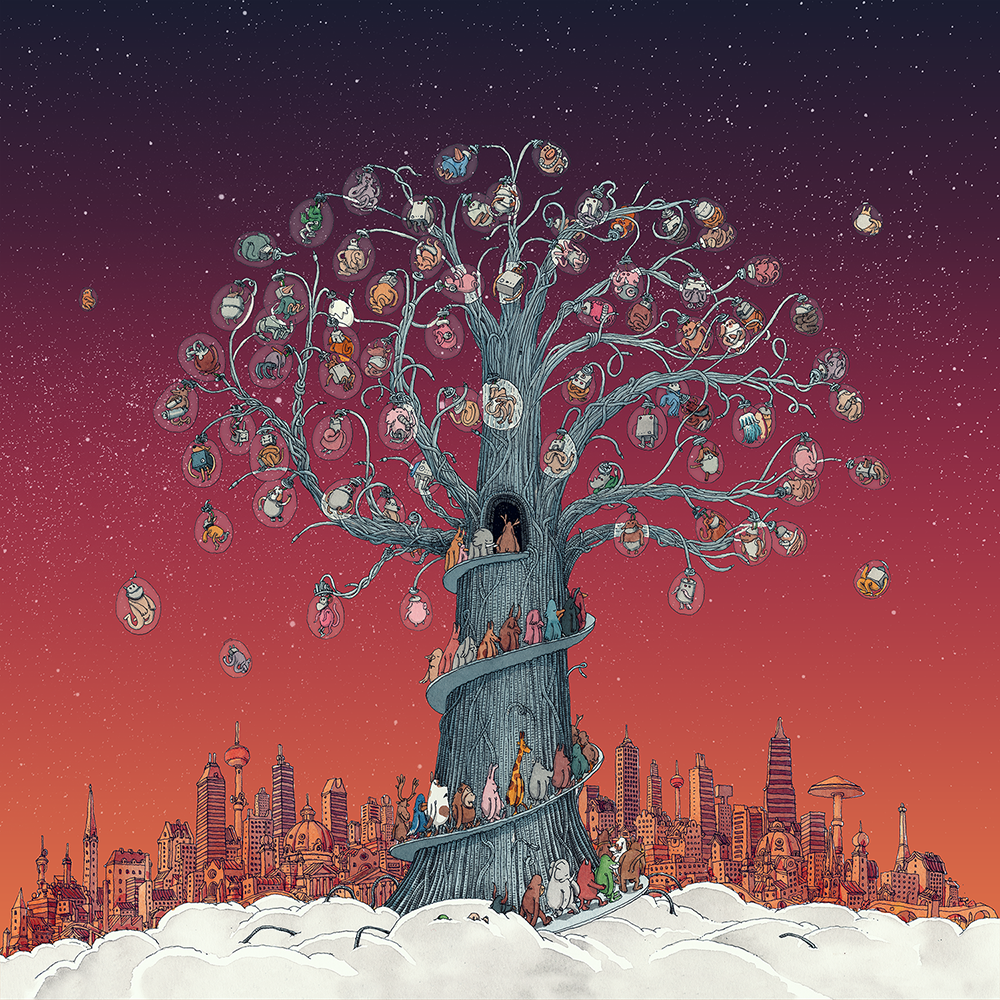 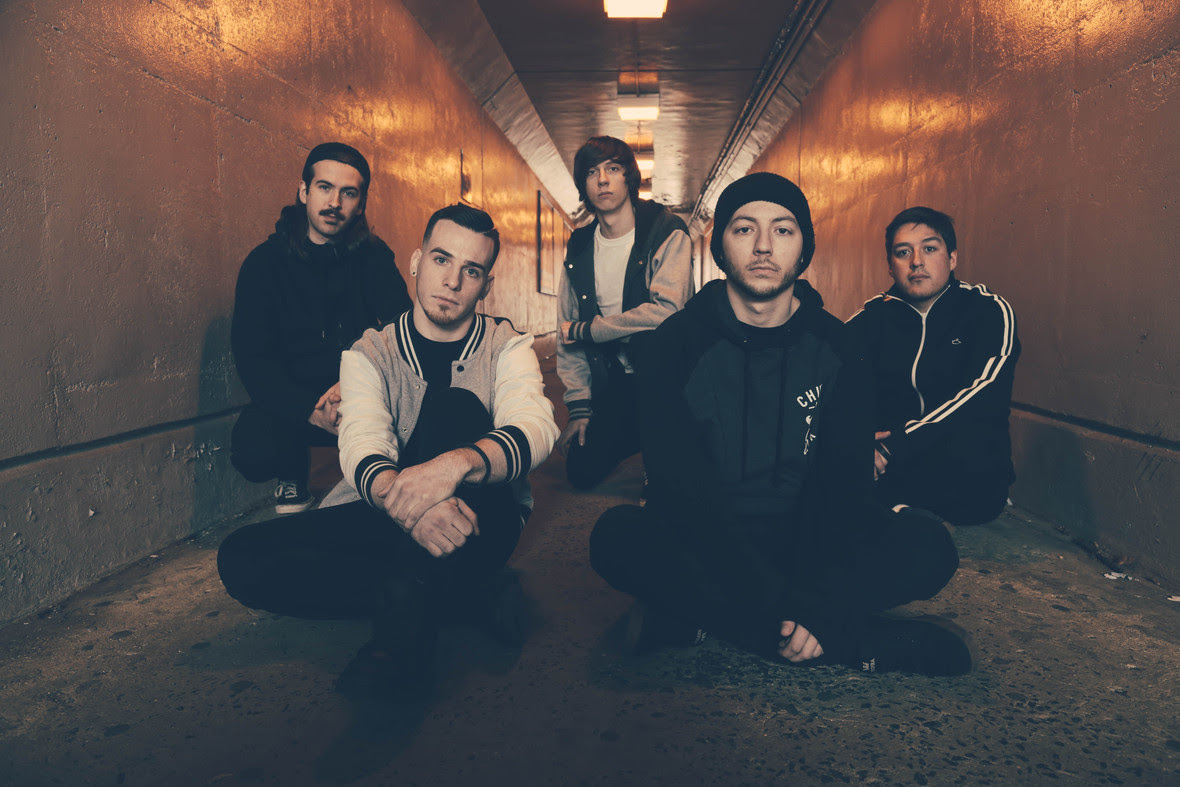