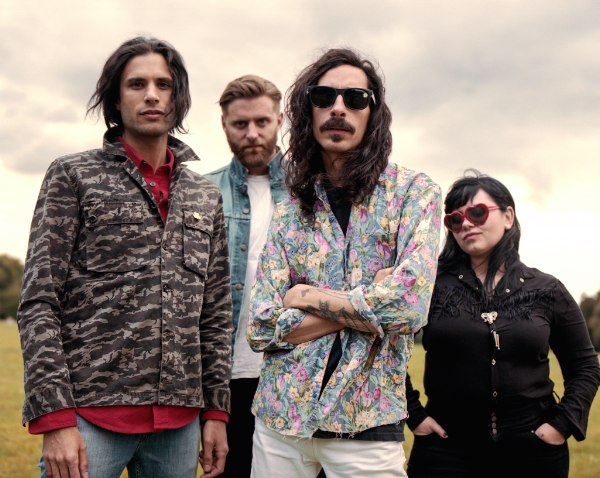 Alt rock group, Turbowolf have released a new single, “Domino” coming from their just announced new full-length album, “The Free Life” which is due for release on March 9th, 2018 via So Recordings. The new single features Royal Blood’s Mike Kerr. You can pre-order the album on iTunes or Turbowolf’s Official Site.

“Domino” is a transportative, transcendental voyage into the anarchic punk ethos of Turbowolf. A breakneck sonic journey of driving bass lines, immersive overdrive and cutting synthesizers, the track races through pounding verses before exploding into its anthemic chorus. Refusing to conform, “Domino” weaves between swirling psychedelia, explosive peaks of fuzz-laden chaos, and subtle breakdowns.”

Listen to, “Domino” below:

Taken from the upcoming new album ‘The Free Life’ Album out 9th March 2018 – Pre-order now and get an instant download of this track ‘Domino’ plus the track ‘The Free Life’: http://smarturl.it/thefreelife ‘Domino’ features Mike Kerr from Royal Blood LYRICS Oh domino Fall in a row I’m digging in