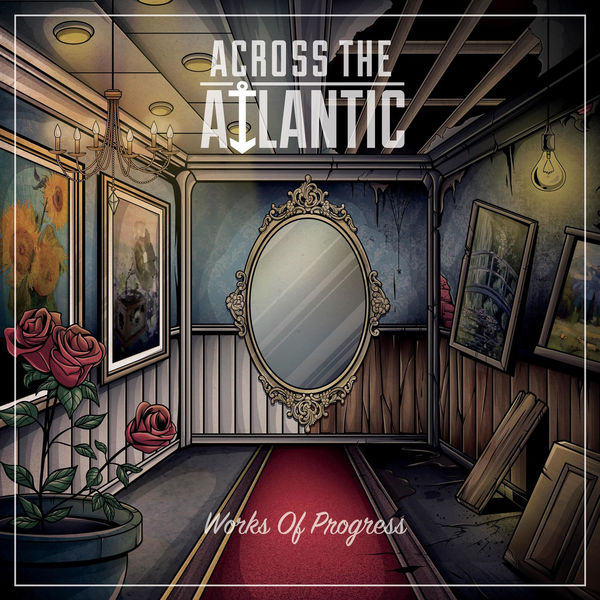 The loose definition of easycore is as follows: …a term given to bands who blend pop punk with some form of hardcore punk or metal. Sounds easy enough right? Sure, on paper it doesn’t sound like there’s much to it, but actually doing this and not sounding cheesy or being all over the map can be quite the feat. Some bands attempts at the subgenre feels too muddled, as if they weren’t sure which aspect of the combined sounds to focus on. There are some genre heavyweights such as A Day To Remember and Chunk! No, Captain Chunk!, both of which have their own hooks and don’t follow the tried and true formula. Across The Atlantic aimed to be among the genre’s best with their debut, but didn’t quite hit the mark. With the release of their new album, Works Of Progress (which, as the title implies, each and every creation is a work in progress), the group take a huge step forward with a level of care and detail their debut never quite had. This has led to the band finding the perfect groove and truly hitting that easycore sweet spot.

Across The Atlantic come out of the gate swingin’ with their first single, “Playing For Keeps”. It has everything you’d want in a pop punk song; perfectly melodic, upbeat instrumentals, and stellar singing with “We’re not gonna take it” inspired lyrics. That’s just part of the story though as the desire for more of a core crunch is easily satiated with singer Jay Martinez’s throaty and harsh screams which are almost reminiscent of Jeremy McKinnon. The bridge/outro is a perfect mix of soft and heavy as Jay’s lighter singing voice is absolutely beautiful, but once the instrumentals pick up, the intensity of his croons turn to brutal screams to match.

“Sundress Funeral” is the third single from Works Of Progress, and it’s definitely one of those radio-friendly tracks you could hear coming out of your speakers while listening to your favorite local station. Beginning with what sounds like a Ukulele and Jay Martinez softly singing “Step off the ledge with me, just metaphorically. When did you lose yourself? Come find your mind with me. Let’s run the risk, and we’ll never be wishin’, we could have made a difference.” Beautiful words that hold a strong meaning. For all of it’s positive sound and radio play-ability, the track truly does have a wonderful message behind it. This song as stated by the band was “…inspired by the countless victims of domestic abuse…”. The group decided to use their public forum of reaching the masses to let anyone going through such turmoil isn’t alone, and you can take a stance and change things. An amazing song with an incredible statement.

The great thing about an easycore album is that for any of the negative or angry songs, there’s just as many happy or positive tracks as well. “Chin Up” is a great example of this. The lyrical content portrays the fact that we can face hardships and struggles, but there is always a way to fight past that, telling listeners that they can always push for something better. The sound of the track almost borderlines on a pop/alternative rock like sound. It’s upbeat and bouncy, giving a feeling that you could conquer any mountainous obstacle in your way after taking a listen.

“24 Hours” shows Jay Martinez taking a new approach with his cleans as a rather subtle growl is thrown in the mix. It blends perfectly with the heavily palm muted guitar in the background, which leads into a blistering scream and heavy hitting drumming throughout the rest of the verse. The chorus brings the mix of pop punk or core to a perfect breach. A mix of clean and screamed vocals over bouncier and heavier instrumentals is exactly what this genre is all about.

“Blind Eyes” is easily the heaviest track on the album. Jay Martinez sounds like his scream are gonna tear your speakers to shreds, while the band turns everything up a notch, shaking and rattling you to your very core. This song at its heart is a true metalcore song, with any hint at pop punk left in the rear-view, proving that Across The Atlantic can slam with the very best. The only cleans found are minimal at best in the chorus, serving this hard hitting track very well.

Like any great easycore album, Across The Atlantic didn’t forget to throw in an incredible acoustic track. The title track “Works Of Progress” was an absolute perfect way to end this phenomenal album. Heartfelt and endearing, this song will tug at your heartstrings while leaving you with a sense of hope. We all are works of progress, and that’s something that should be used as a source of inspiration to always strive for the best. This song captures that sentiment with absolute perfection.

Across The Atlantic have brought their absolute best to the table with Works Of Progress. This album comes at a time when many have felt that perhaps easycore was a thing of the past. The group have not only proved that wrong, but have shown that they could very well be the leaders of its resurgence. This album is fun and bouncy, but beautifully heavy all at once. The vocals are top notch, and the instrumentation shows you that neither pop punk or metalcore has to sound samey or boring, but can push boundaries and always reach new levels of innovation. Across The Atlantic have shown that they should be considered as a new king of easycore, and one could hope they never stop working on their progress. 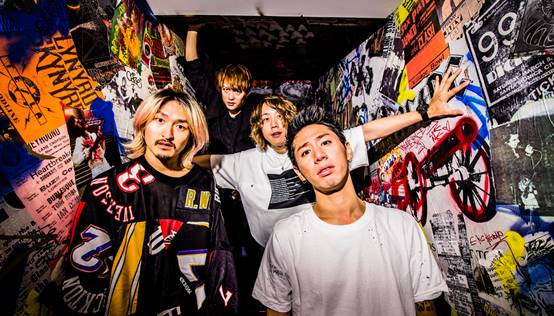 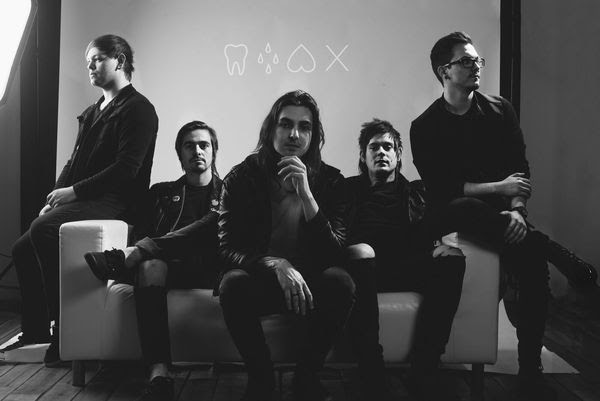