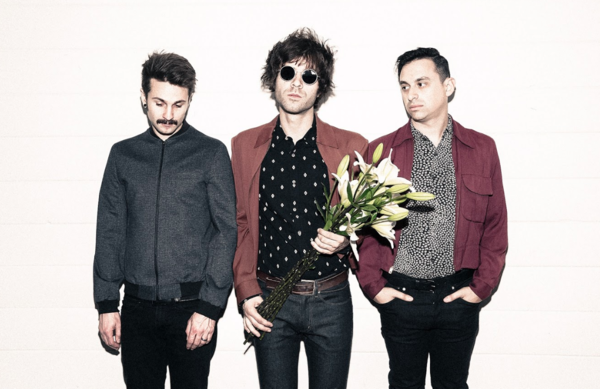 Phoenix-based band The Technicolors’ forthcoming album Metaphysical (out July 7) focuses on “a void”—the one between where its frontman, Brennan Smiley, is, and where he’d like to go. Today the band have premiered their new single, “Impostor!”, taken from their upcoming album. “The song is about everyone’s constant need of explanation for everything,” says Smiley. “Everyone wants you to explain yourself, tell why you did something a certain way, as opposed to just feelin’ it and letting it move you, or maybe challenge you to think differently.”

Smiley wrote the lyrics in about five minutes, and the track’s guitar riffs ultimately powered Metaphysical as a whole. “We plugged the acoustic guitars straight into this old Neve console that mixed some pretty legendary records, and cranked it till it sounded like what you would imagine if Raiden started a band with Johnny Cage,” says Smiley. “I think we stumbled on some wild guitar sounds that have since inspired us to go even further down those roads.”