Youngstown’s hard-rock outfit, Alteras has evolved progressively this past year with their rising fan-base and recent signing with Revival Recordings back in March of 2016. Since teaming up with Revival Recordings, the band has released a new album with aggressive touring to help promote it. We got the chance to talk with the band about their signing to Revival, their recent and upcoming plans and what truly makes them tick as a band.

Opening this in a bit of a fun way, what were your hopes and dreams growing up? Was music always the thing you felt attached to or was there something else in mind?

It’s crazy to realize, but everyone in the band has always really been attached to music since growing up. There was never anything else that we all felt more passionate about.

Off stage, the four of you seem to be a very up-beat and humorous band. Who would you say is the mature one of the group and keeps the rest of you guys in line?

Uhhh, that’s extremely hard to say. Hahah, we all have our daddy days from time to time.

As a band, Alteras had done it on its own for years until your recent signing to Revival Recordings in March of 2016. Describe what it was like seeing your hard work finally pay off.

It’s awesome to finally be able to spend a lot more time just being a band. Since signing we’ve been landing larger tours and don’t plan on slowing down. It’s refreshing, but there is always work to be done and this band is full of workaholics.

Following up on that, what’s it been like working with Revival Recordings so far and what drew you guys to them as a label?

It’s been great! Revival is a label full of awesome individuals that work hard at what they do. It’s been exhilarating to be able to pass that energy back and forth and feed off of the momentum that has been generated.

Grief is your first released album since signing with Revival Recordings. It’s title definitely matches the concept of the music. Where did you draw inspiration from during the process of writing and recording this album?

We always draw off of our real life experiences and all of us had some emotional distress during the writing/recording process. It was kind of an accident that it was conceptual; I guess you could say it was the perfect time for some bitch to break my heart.

Getting more into you guys as a band, you’ve referred to making music as vital to your well-being and that your main goal is to “provide music for whomever who needs it most.” Explain in detail what this means to you and what type of impact you hope to have on your listeners.

Music is extremely important to us as a band and when we write it’s transparent. I think at the end of the day we just try to be relatable and let everyone know that no matter what you’re feeling you are not alone in being so.

So, you guys are based out of Youngstown, Ohio and it seems that you’ve grown quite a bit over the past year. I live in Ohio myself and photograph a lot of bands from the Cleveland Area. The music scene is quite popular in the area and a lot of the bands struggle to make themselves known. What would you say are some of your strongest traits as a band that have allowed you to stand out and come this far?

I think what really helped us get to where we are is the resilience and endurance of the band. We’ve been a band for a long time and in our corner of the world’s market that is a requirement to make any waves. The other big thing for our band is the emphasis we put on our live performance. We leave everything on stage; blood, sweat, and tears.

Unfortunately your van was broken into last July while on tour, a struggle that a lot of bands face. What are some other obstacles you guys have had to face as a band and how have you managed to pull past them and move forward?

Being from Youngstown, we don’t exactly come from the wealthiest of places. We have built everything we are from scratch and a DIY attitude. The hardest struggle for us was breaking out of the Youngstown scene because the industry doesn’t really exist there. We love Youngstown and hope we can be a part of the movement that brings the music scene back and forces it to grow and thrive.

Tour smart and plan ahead. Be prepared for anything because even on a great tour, shows cancel, van’s break down, and theft is always a threat you should be conscious of.

Lastly, what are your near future plans to keep growing as a band and evolving music-wise? Is there any new music in the works and thanks so much for taking time out of your schedule to do this interview with us!

We’re in the works of producing a new album and can’t wait to share the progress. As far as immediate plans, we are constantly trying to tour as much as feasible and bring what we have to offer as musicians, performers, and artists to the forefront of the music industry.

Thanks so much for the opportunity and thank you to anyone that is reading! 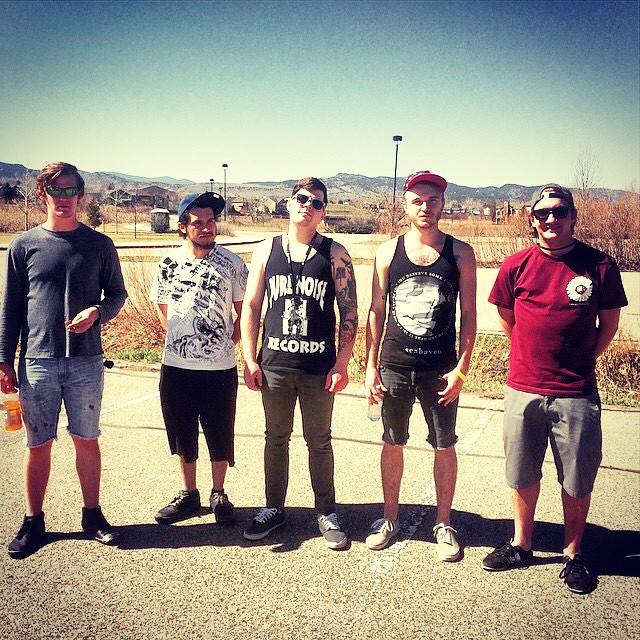