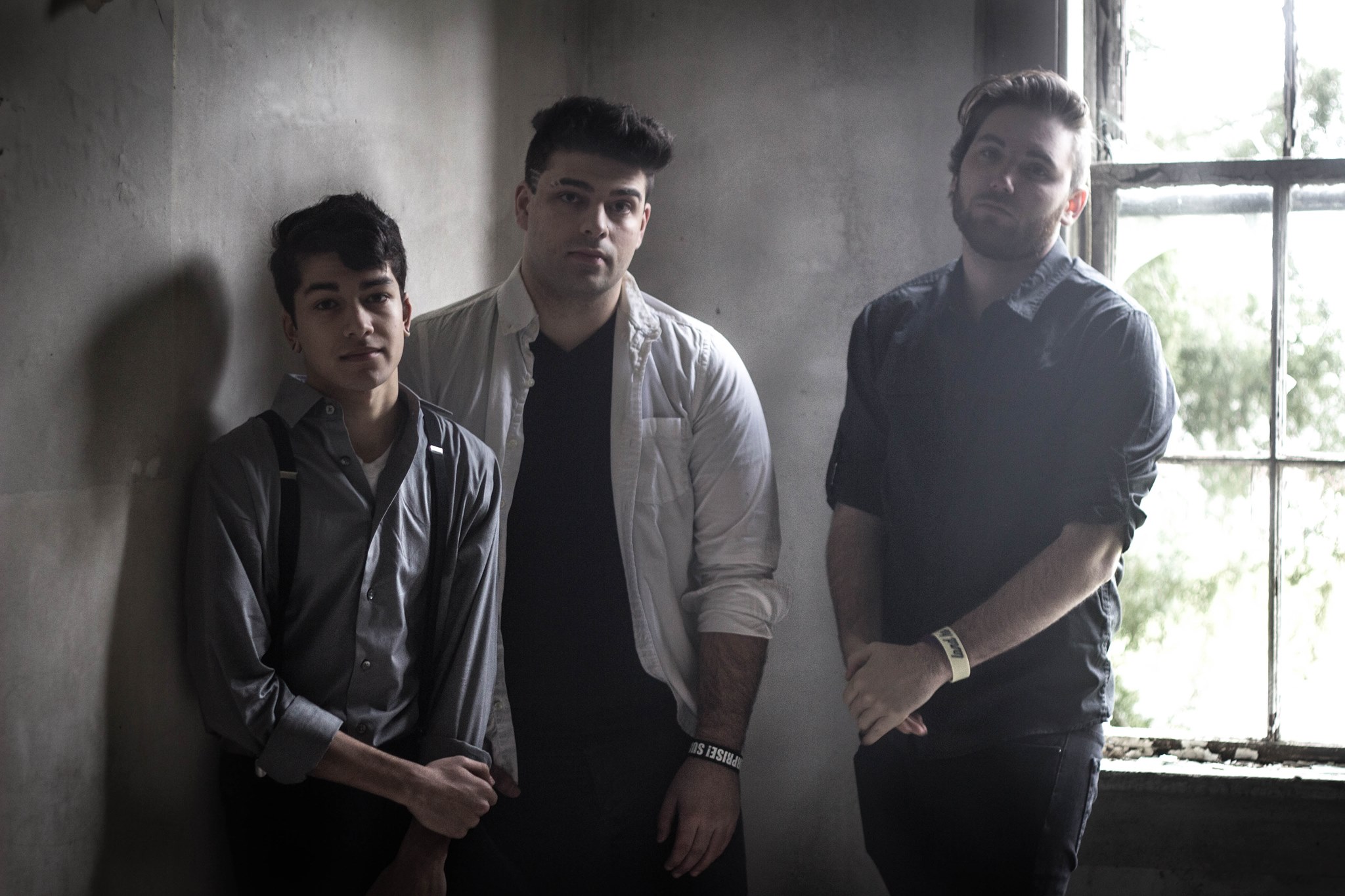 Ghosts Again are a post-hardcore band hailing from North Carolina just weeks away from releasing their upcoming EP, ‘The Closest Thing To Closure’ which is due to be out on April 22nd, 2016. We got to talk to Alex Cortright (Guitars/Vocals) about the new EP, his favorite albums, touring, & more!

Kindly introduce yourself, what your position in the band is, and one random fact someone may or may not know:

My name Alex, I sing in the band, and I spend my free time playing at video game tournaments.

What/Who inspired you growing up?

I think the first time I started to really find people I looked up to was around the age of 13. I started becoming a lot more interested in literature/music and through that I found a lot of respect for artists/writers like Chuck Palahniuk, Philip Pullman, Claudio Sanchez of Coheed and Cambria, as well as public figures like Stephen Fry, and Russell Brand. I’ve always been really attracted to people that immerse you in their world and ideas with what they create. Whether it’s a book, a song, or an ideal. People who truly think outside of the box and go out of their way to stand for something have always inspired me to do the same and follow the paths I’ve chosen growing up.

When did you decide you wanted to become a musician?

Age 13 yet again! I was a big sports guy in my younger years but as I got older I found it began to feel shallow and I really just needed a break to stop trying to be so cold and emotionless trying to be this cultural idea of a common male and for that, I turned to music and got into bands like Underoath, Senses Fail, and Chiodos. Which started me down a path of picking up drums, then guitar, and so on. I saw what those people in those bands were doing and I just saw so much depth and potential in music to tell stories and help people understand themselves better.

In the last couple of months you guys have done interviews and have answered the basics of how the band formed and how you guys decided on the name ‘Ghosts Again’. So instead of us asking that, is there anything about the band that isn’t really known?

We spend a lot of time trying to create content that helps fans get to know us better so there actually isn’t a lot that’s unknown that is particularly interesting. I think I’d say a neat fact about our upcoming EP is that during the writing process of the closing song “Eleven”, we finished all the instrumentations and before I started the lyrics, our drummer Arun sent me a paragraph of lyrics that he felt strongly about that he really wanted to incorporate into the song which ended up becoming the outro vocal for the song. Those lyrics are what I ended up basing the entire rest of the song around so basically the outro came first when writing the lyrics and I think a lot of people probably don’t know that Arun is actually a really talented lyricist.

So you guys have an upcoming EP coming out on April 22nd, where did the name ‘The Closest Thing To Closure’ come from?

2015 was a super rough year for me. Possibly the worst of my life and the band kind of came together at the end of that so when writing the EP, I just had so many emotions I was ready to get off my chest and so many things that I felt like I never really achieved any closure on. So for me, lyrically, this record is literally the closest thing to closure. So it just kinda fit. We really wanted the title to be personal and pretty much sum up the songs. I think we were able to do that with the name we chose.

Well, we don’t all live close to each other so we have to kinda make due with what we have. So we would plan weekends where Arun would drive down to where Brandon and I live and stay the night and we would spend all night writing. We wrote everything on a macbook computer piece by piece so we when we couldn’t be driving 4 hours to see each other, we would send recording files back and forth just giving each other new parts to work with and instruments added to sections until the song was where we wanted it to be.

How was it recording with Philip Wilson?

Great! I’ve known Philip for a year or two now and played music with him so it was a really chill thing. He totally understood the way I write music so capturing the spirit of the songs was a really smooth process. It was a bit of a draining time though as we recorded because we couldn’t all afford to take off work to record the EP and Philip only lives about an hour away from me so we would get off work every night and drive to his place to record till 10:00 or 11:00 at night every night of the week for like two weeks which ended up being really tiring and stressful by the end of it so I think at that point we were just ready to be done, but it was a really fun and positive experience overall.

What’s your favorite track off ‘The Closest Thing To Closure’? Why?

That’s a super tough question but if I have to pick I’d have to go with our current single “Pant’s Division (The End is Silence)” mainly because it was the last song we wrote for the EP and over the course of writing everything on the record, we had followed a lot of different rabbit holes trying to solidify what we wanted to sound like and how to really peak our current potential as a band and when we finally wrote this track, I was so happy with it. I felt it was my strongest lyrical performance, as well as collectively our strongest musical performance. It incorporates everything. There are heavy, strong riffing parts, emotional barrages of screaming, RnB vocals, dramatic vocals, aggressive part, and in the end of the song it brings it home with a beautiful piano section that Arun wrote to go under a lyric that really just sums up the entire EP and my feelings about everything at the time. So I just have such a personal connection to that song. I’m so proud of it.

Is there any track in specific that is personal to you or holds a special meaning?

I think the most personal track for me is Relive/Revive. I wrote most of it while on vacation last year (my first vacation in a LONG time) and I was just alone with an acoustic guitar and my laptop and I wrote the chorus to start with and lyrically, I just hit some chords emotionally that I’d been pushing away for a while and trying to forget/move on from and I think writing the lyrics for the song gave me a lot of closure on the subject matter. It’s a fairly sad song but also there’s a slight glimmer of hope and times where I hope to portray the idea that it’s not over and that I can move on and grow and rebuild myself and my life again. Which I hope can translate to fans and maybe help them as well as they go through rough times.

Have you guys ever thought of doing a re-imagined (acoustic) version of the EP in the future?

We’ve definitely thrown the idea around. We would probably never do the whole EP acoustic, but we’ve whispered about doing a couple songs off of this record acoustic sometime this summer. However we have no set plans and we may just dive straight into another EP. I’d love to do some reimagined acoustic versions of at least a song or two at some point.

Back in February, you released a music video for, ‘Les Enfants Terribles’, can you tell us what the filming process was like?

It was fun! Stressful for me always though since I do all of the filming for our videos. It can be a bit tough performing in a video AND being behind the camera for most shots and trying to focus. Everyone performed really well though, so it was a really smooth process.

What can fans expect out of you after the EP release? Touring?

We would love to tour if we got the right opportunity, probably nothing too long though at the moment and probably just some mini tours for the summer to keep reaching further parts of the east coast spreading the word about our band. We also want to keep the ball rolling with new music so we’ll probably be making studio plans to release more music before the cycle of this current EP is even over. We’ll definitely stay busy.

If you could tour with anyone, who would it be?

Probably Underoath. We all respect and adore that band so much and we’ve always been so inspired by what they’ve done and their artistic integrity. I think as a band that would be something we would all get behind.

Last question is gonna be a fun one. Top 5 albums of all time?

That’s so hard! Gosh, this list may change over time and I’m probably forgetting some but here goes (in no order):

Is there anything else you would like to say to the readers?

Thanks for checking us out! And to all the Ghosts Again family that’s been here from the start, we love you!

That about wraps it up, thank you for taking the time to speak with us.

You can watch the music video for , ‘Les Enfants Terribles’ below:

Follow us on facebook!https://www.facebook.com/ghostsagainband Twitter: https://twitter.com/GhostsAgainBand Lyrics: Lipstick sticks to my tongue and how I missed her. I couldn’t get away from how she found another mister. And oh my god I’ve been counting up the days till I can beat this February haze, but you couldn’t hold me down. 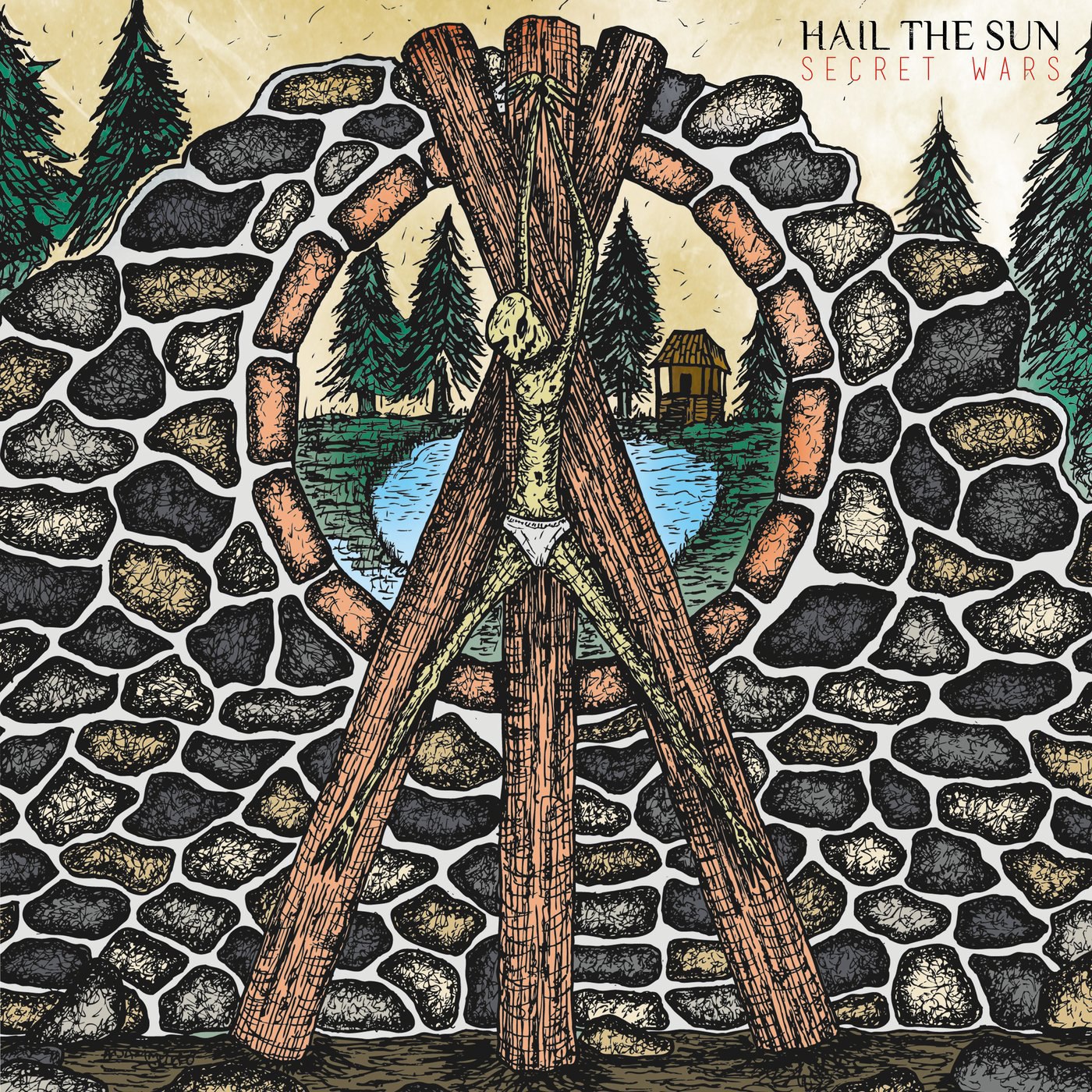 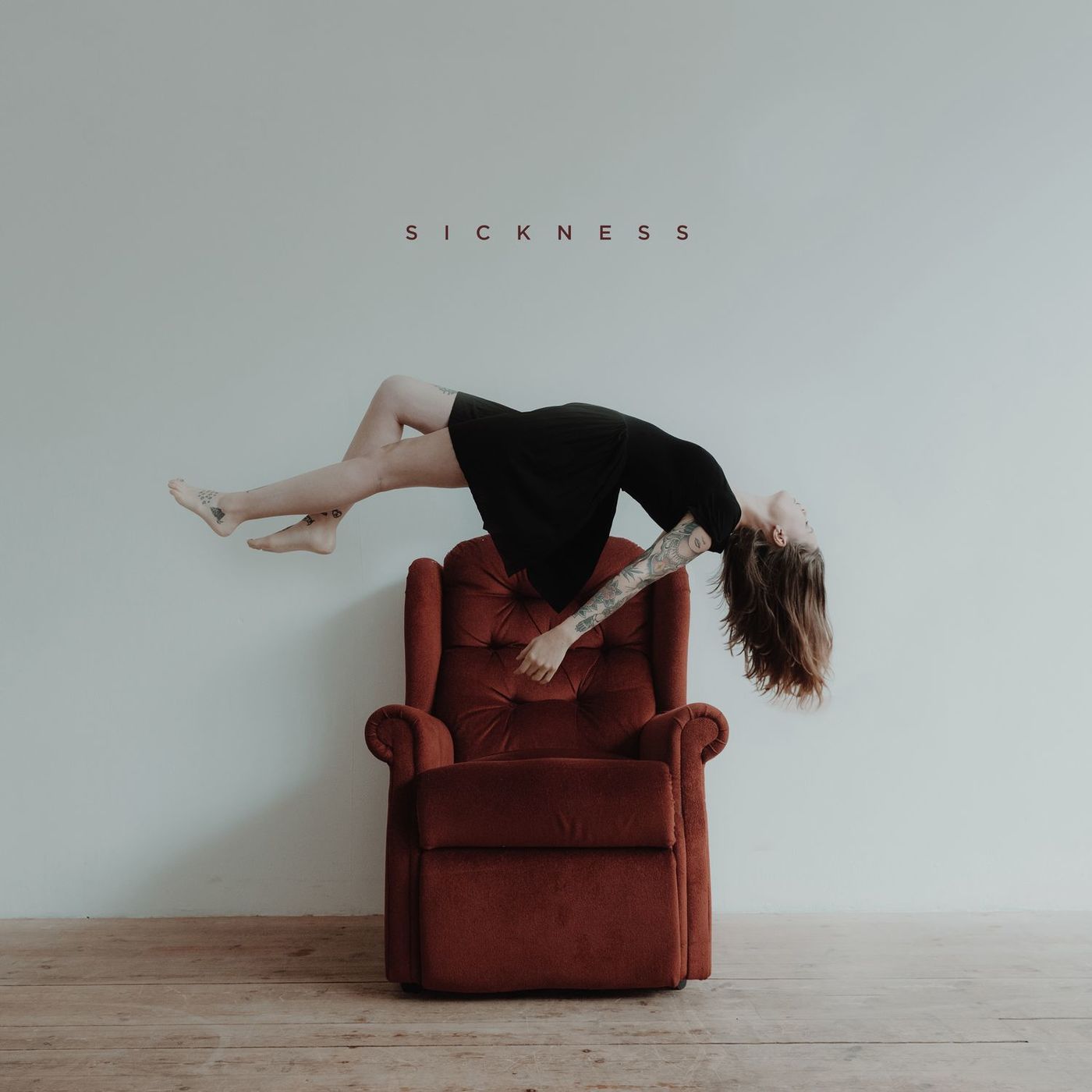 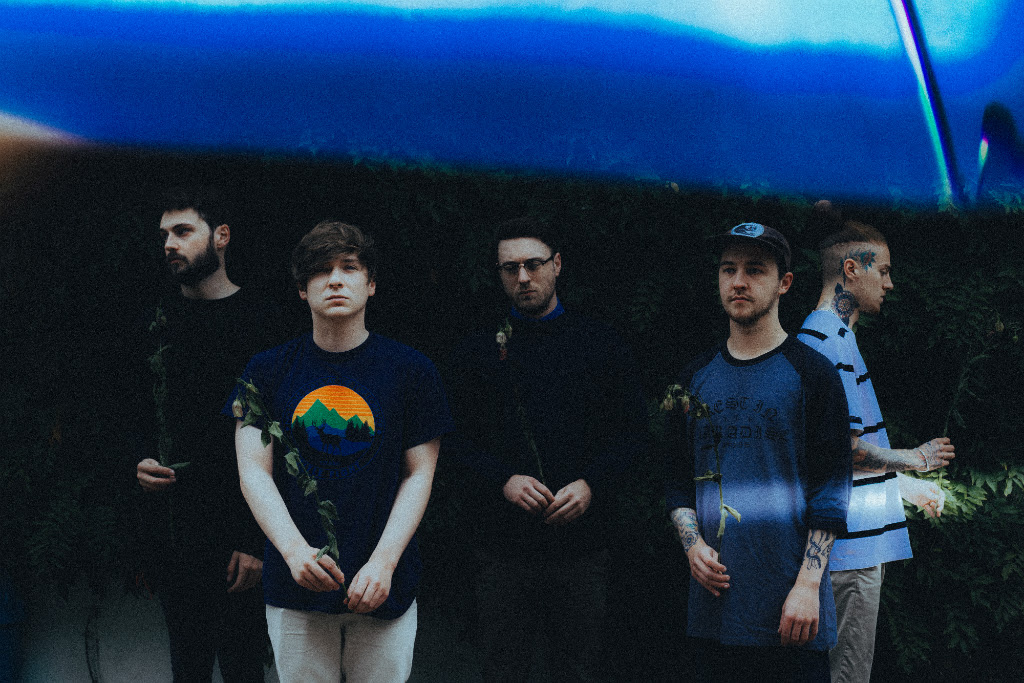